More than anything, we support individuals and businesses with modern mental health training and techniques. Our teams currently operate in the UK, Europe, Australia and more, teaching in more than 25 countries. We continue to work with high-level organisations across the world, including the UK Government. 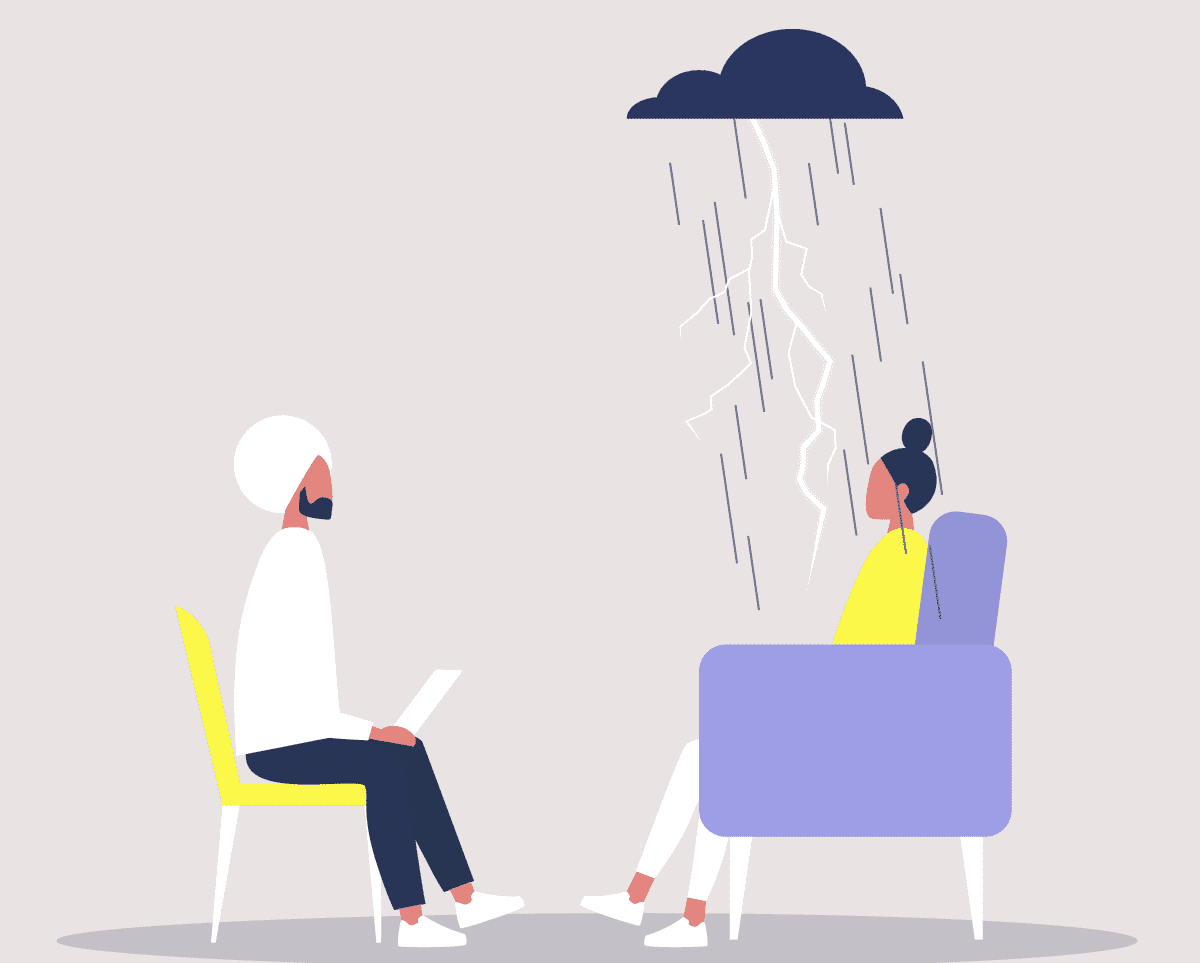 Mental Welfare Coaching has been developed by experienced Medical Professionals, Mental Health Trainers, and Accredited Consultants to deliver the most informative, up-to-date and dynamic training. We educate you on the significance of mental health and provide the resources to make a positive change in someone’s life when they need it most.

Meet The People Behind The Process!

At Mental Welfare Coach, we teach people and organisations to be proactive in Positive Mental Health and Training. Our industry-leading trainers are experts in their field and guided by a professional, passionate team of executives. 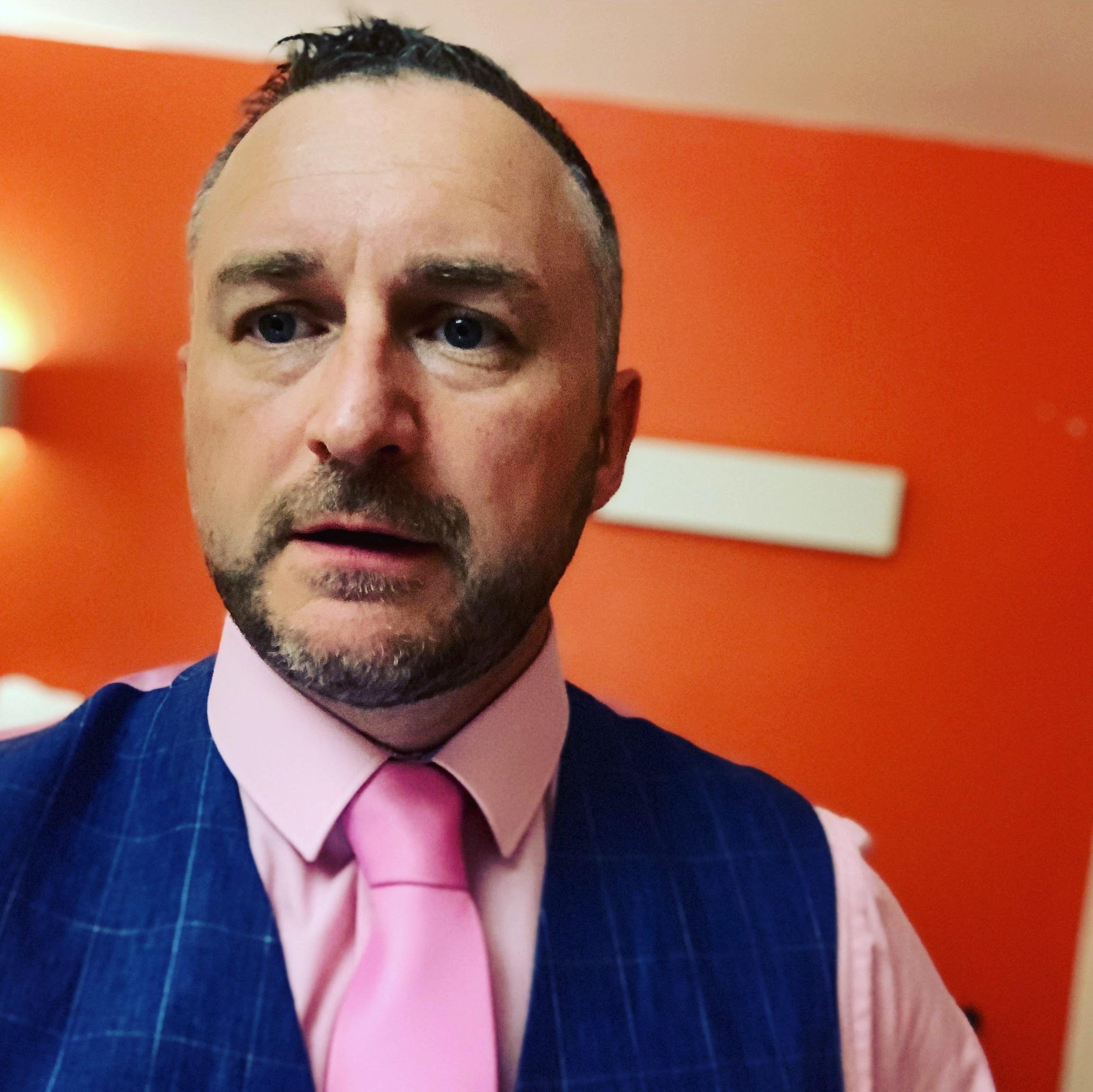 Karl Smith is the lead trainer and owner of the Mental Welfare Coach program, Karl has worked with Mental health around the world teaching Hypnosis, Psychosensory techniques and Applied Linguistics to Organisations, Military and Emergency services all around the globe.

Karl spent 12 years in the British Army and served in many conflicts, he then joined the UK Police moving onto Police Firearms, Counterterrorism and then Post Incident Management support police officers and investigations after police shootings, death in custody or serious incidents involving police contact.
Karl was hit by a drunk driver in 2006 and learned all the techniques you will learn with the Mental Welfare Coach to overcome PTSD and an International trainer in Hypnosis, NLP and Psychosensory touch techniques.
These techniques turned the worst day of his life, into the best by removing post trauma, stress and anxiety. Now its your turn! 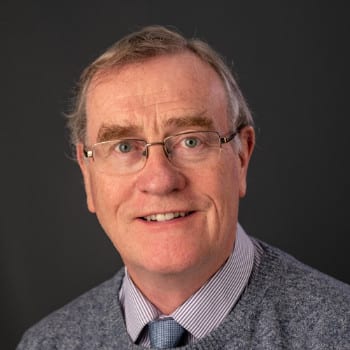 I qualified as a doctor in 1981 at the University of Sheffield. After completing Vocational Training for General Practice in Lincoln, in 1985 I joined the Long Melford Practice in Suffolk as a full-time GP partner, and for 23 years, a GP Trainer until I retired in August 2017 to pursue my interests in coaching and the practice and teaching of Complementary Techniques.

Throughout my career I have had an interest in psychological medicine and the role of Complementary Therapies in General Practice and have trained in several modalities including Medical Hypnosis, Mindfulness, Neuro-linguistic Programming, Thought Field Therapy, EMDR, Havening and Reiki. I incorporate all of these into my medical, coaching and training practices.

In 2012, I was elected a Fellow of the Royal College of GPs in recognition of my contribution to General Practice Training in Suffolk, and particularly for my innovative approach and the use of Complementary Techniques in all aspects of my work Since 2013, I have been providing life-coaching services for medical and allied professionals via AKESO, a medical charity.

Since retiring from General Practice I now work as a Mind-Trainer. I consult and coach in private practice in Suffolk and Harley Street, London. Alongside this I am teaching people Mindfulness with my colleague Jennie Thornton. I am also teaching hypnosis for the British Society of Clinical and Academic Hypnosis and the UK Hypnosis Academy. I assist Kevin Laye in training his Psy-Tap techniques and I am involved in establishing a Faculty of Psycho-Sensory Medicine for the College of Medicine.

I believe that my professional role is to help people to reconnect with their own natural resources, skills and abilities to heal and grow, and mend when necessary. When all the medicine has been done people can often be helped further by education and building hope and motivation. 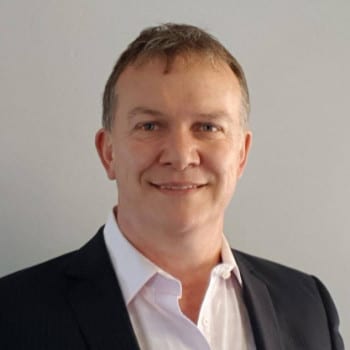 Barry is one of the most qualified and experienced hypnotists in the UK and has been an expert in rapid change. He has been studying hypnosis for over 40 years and has decades of experience helping people to make profound changes in their lives in a short period of time.

In the mid 90s, he travelled extensively across the USA studying with the best of the best and became a certified trainer of NLP and hypnosis with the ABNLP and the NFNLP. He has studied hypnosis and NLP with some of the biggest names in the field such as Richard Bandler, John Overdurf, Julie Silverthorn, Christina Hall, Robert McDonald, Robert Dilts, Tim Hallbom, Steve Andreas, Ormond McGill, Jerry Kein, Gil Boyne, Cal Banyan, Don Mottin, Jerry Valley, Jeff Zeig and David Lessor.

He has also trained in EMDR, EFT, TFT, IEMT, Havening, and PsyTap and has one of the biggest collections of home study courses around – having invested many thousands in keeping up to date with modern advances in therapy and neuroscience.

During the late 90s/early 00s he built a highly successful private practice working with over 40 clients a week in Romford. He literally helped tens of thousands of people make massive changes in their lives. It was during this period that he developed his highly successful stop smoking method which helped the majority of people stop smoking in just one hour. This method was then developed into the £1000 a day Stop Smoking training for professional hypnotherapists and more than 350 were trained in the UK alone and many more in the US. Many of these trainees went on to open very profitable hypnosis centres around the country helping 10s of thousands to stop smoking quickly and easily.

Since then he has taken a step back from teaching and gone back to the trenches by learning and studying and most importantly applying new techniques for rapid and profound change which he calls, Accelerated Change Techniques. These techniques are designed to help those suffering with the effects of childhood trauma, panic, anxiety and depression and can help people quickly without the need for long drawn out talk therapy.

On the private side, he is a passionate competitive western horse rider who competes at the top level in UK rodeos across the country. Working and training horses has opened his eyes to different methods of training that also have applications when working with humans.

After years of being out of the training arena he has finally decided to come back after being saddened by the current state of some hypnosis training that is still teaching outdated methods to impressionable students who go out into the therapy world with the proper tools to help them succeed. 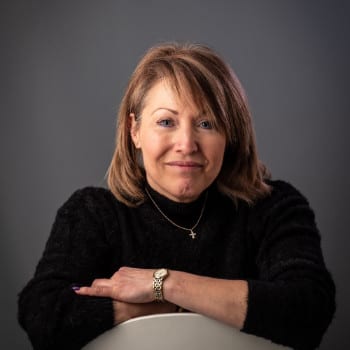 I have been involved in educating and teaching for over 30 years, working in a variety of institutions and teaching a varied range of disciplines from Performance Arts and LAMDA (London Academy of Music and Dramatic Arts) at the Birmingham School of Acting, now part of Birmingham City University, physical education to pre-school children and working as a Youth Worker for Walsall Metropolitan Borough Council. Here one of my duties was as a Rifle Shooting Instructor teaching the skill for the Duke of Edinburgh Award Scheme. I gained a BA (Hons) in English at The University of Birmingham in 2000 and a Postgraduate Certificate in Education in Drama in 2001 and have taught in schools, institutions and privately ever since.

For several years now I have studied, qualified and practiced in a range of complementary therapies. I am a Mindfulness Trainer and teacher; Master NLP (Neuro-linguistic Programming) practitioner with a certificate in Teaching Excellence; and a Thought Field Therapy, Hypnosis, Kinetic Shift, Havening and IEMT practitioner. I also work with a range of Psy-Tap psychotherapeutic techniques created by Kevin Laye. As I have learnt and qualified, these modalities have all been incorporated into my work, whether in school, private work with individuals, or teaching Mindfulness and Well-Being. They are all wonderfully non-invasive and have no side effects.

I am currently a Mindfulness trainer for the Central England College and teaching Mindfulness with my colleague Mark Chambers. We teach in schools, medical establishments, privately and at Clare Priory in Suffolk. I deliver Well-Being courses that include Mindfulness and Psy-Tap psychosensory techniques for university students, trainee teachers and teachers. I am also passionate about the Performing Arts and teach Speech and Drama and Public Speaking, helping students excel in performance and overcome any performance phobias or issues.

Having worked in education all of my adult life, it quickly became clear that a good education is about much more than just academic achievement. For people to excel and succeed requires them having a good sense of well-being and sound mental health. So my aim has always been to help and enable people to learn, grow spiritually and emotionally and overcome challenges. This frees and allows them to develop and maintain their well-being and to reach their own personal potential. I believe that the attainment of knowledge, physical well-being and good mental health should be treated as a holistic whole. 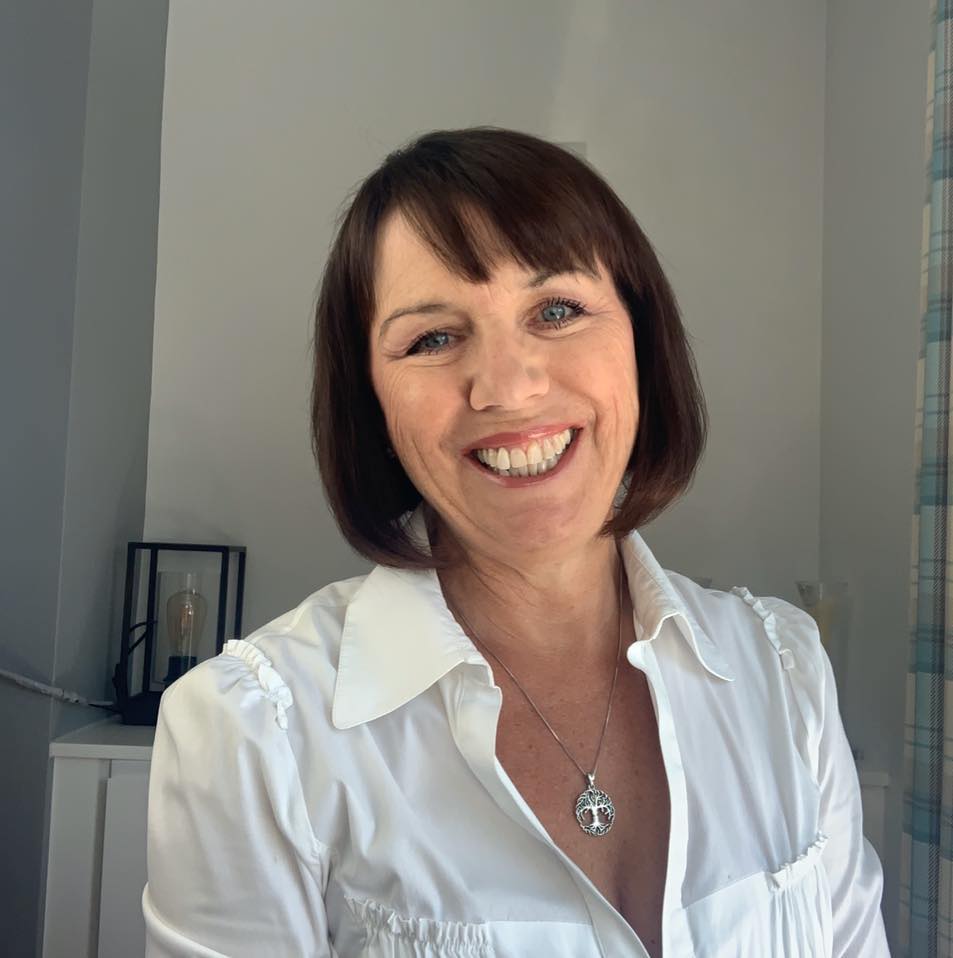 Janet has developed a deep understanding of how to improve emotional and physical health with a unique and eclectic blend of specialist concepts and techniques. Through therapy, coaching, nutrition advice Janet has made 1000s of people healthier and happier.

As a best-selling author and international trainer, my mission is simply to share the transformational, proven techniques that free people from emotional chains and empower them to change their lives, for good. 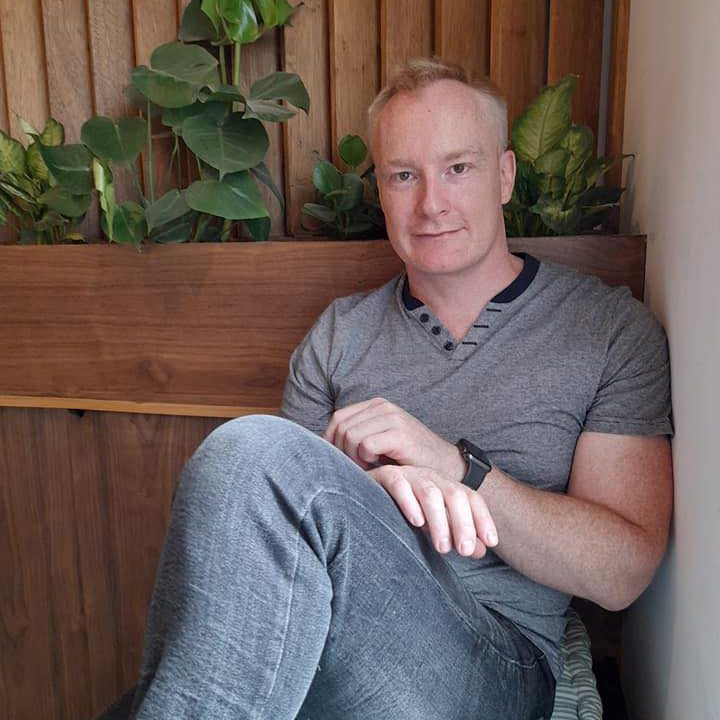 Paul is an accomplished therapist in the prestigious Harley Street, London, and in Norwich, Norfolk. Paul was a dermatology nurse for 10 years and has brought those skills in nursing to the therapy world. His motivation to learn has taken him across the world to study from the best in their disciplines. He seamlessly combines many modalities in a fluent session and gets rapid, thorough results with his clients.